The Groninger Bodem Beweging (Groningen Earth Movement) would like to say a big THANK YOU to all who contributed to the success of the action camp in Leermens and the demonstration in Farmsum. We would also like to thank all Groningen people who participated in the blockade and the peaceful march on August 28. Your idealism, dedication, organisational skills, and discipline have made this demonstration a huge success. Very impressive!

In the last week of August approximately 800 local as well as international protesters gathered in Groningen to make a statement against the fossil industry, its climate related consequences in general, and the mining of natural gas and its repercussions for Groningen in particular. The campaigners stayed in the action camp in Leermens. Throughout the week a programme was offered consisting of workshops, action training and discussions. The general public were invited to drop by, share a meal, or participate in the various activities; many people took this opportunity.

On 28 August six large groups of demonstrators headed for the NAM tank park in Farmsum with the intention to block the entrance. Hundreds of people participated in the peaceful, nonviolent sit-in. Fuel trucks were no longer able to enter or leave the premises. Contradictory to what local as well as national media have claimed, many local people actively participated in this blockade.

Civil disobedience is not everybody’s piece of cake, so for the evening of August 28 the Groninger Bodem Beweging and others had organised a protest march along the blockade. Hundreds of locals participated, thus demonstrating their solidarity with the activists. At the start of this march and at the actual blockade Derwin Schorren, the GBB vice president, addressed the crowds. His text is available in Dutch.

The authorities were obviously very nervous about the arrival of hundreds of local and international activists. This became apparent through the large number of police surveillance vehicles near the action camp, random arrests, and absurd ID checks. At the actual blockade location large numbers of riot police, undercover police officers, dogs and horses gave off a similar message. Despite all this, the atmosphere remained pleasant during the day. Police and activists were playing frisbee together.

Towards the evening the atmosphere suddenly turned grim; despite the fact that the activists behaved peacefully, there were some casualties because of excessive police violence by means of truncheons and fists. A policeman was seen using his truncheon aggressively against a woman who sat on the ground without even defending herself.

The following day brought even more unnecessary violence. When a group of activists, on their way back to Leermens, wanted to put up a banner at the NAM location Amsweer, police once again hit hard, which led to more casualties. See the video coverage from Eemskrant.nl. The GBB strongly denounces violent actions by the police targeted against peaceful protesters.

After more than 48 hours the blockade was lifted. The aims – disruption of the NAM daily procedures and public attention for the consequences of the fossil industry in Groningen – were achieved. GBB supported the Code Rood demonstration in words and in actions. Why? Because its overall aim aligns with what the GBB wants to achieve: to bring gas mining to a halt, and to restore the damage caused to people, buildings, and the Groningen countryside. Also because the demonstration was planned to be peaceful, set out peacefully and was carried out peacefully, even when things got tough. And finally, because this demonstration has once again put the problems concerning NAM and the government with which we are dealing here in Groningen in the international spotlight.

As the blockade lifted, Code Rood symbolically passed the baton on to the Groningen people by handing them a banner. It is once again up to us to move forward with our protests against the mining of natural gas. 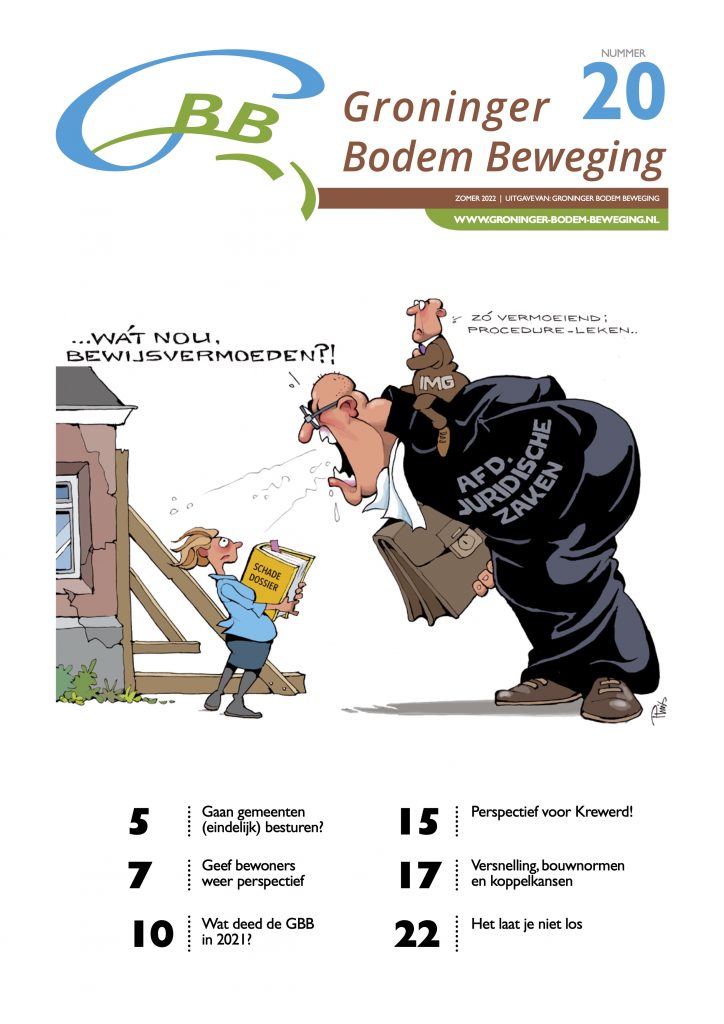